Critters around the gardens 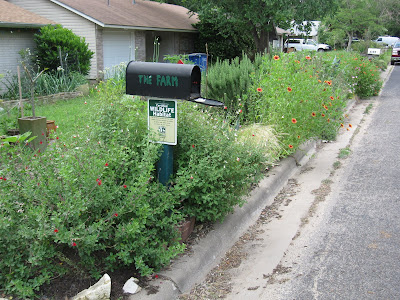 My little homestead is a certified wildlife habitat. This makes me feel good: i'm providing safe haven to all manner of pretty birds, anoles, toads, and bugs. Lots and lots of bugs: ladybeetles, mantids, assassin bugs, rhinoceros beetles, spiders, predatory wasps,  and some buts that are not so friendly. For the most part my little ecosystem keeps itself in check: the mockingbirds do a decent job of picking off the tomato hornworms for me, the rest are usually patrolled by me and my husband since our crops are limited and we have the time to wander and pick through the gardens. The spiders, mantids, wasps, and assassin bugs do a good job of catching flies and other nasty bugs. The ladybeetles and lacewing bugs do a good job of keeping the thrips and aphids controlled. But 2 forms of nasties continue to plague the garden and must be controlled by me.... make that 3 nasties this season:
Flea beetles are the newbies this year. I planted a plot of mustard greens only to find them ragged and ravaged. Turns out Giant Southern Curled Mustard is a trap crop for flea beetles... which would have been fine if i had a lot of mustard somewhere out of the way, but i only had a small amount and they consumed it. Now that it's been pulled they've moved on. For now they're on the alyssum flowers, dangerously close to the corn and everything else. I sprinkled a bunch of Diatomaceous Earth on them in hopes of some control - but still see them hopping about. Let's hope they don't get a taste for summer crops.

The Caterpillars are most likely destined to be beautiful moths. But for now they're eating up all my borage, and i do not trust these two just 'lounging' on my baby corn. Sorry, guys - to the chickens you go. What's that you say, chickens? No dice? These guys look too threatening to your discerning tummies? Fine then, i'll chop them in half with a piece of wood. Sometimes i have no mercy. 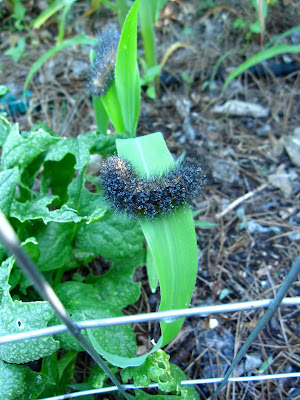 Pay no attention to my hideous early morning video voice. But man, those caterpillars haul behind!
Finally: cucumber beetles. Oh, cucumber beetles, how i disdain you so. Two years ago they were a huge problem. Last year not so bad. This year, and especially this WEEK they've been showing up in hoards. Cuke beetles are notoriously difficult to control. I've set up a sticky trap with bait. We patrol and squish daily. Hopefully the chickens will keep the backyard and gourd patch patrolled - the cuke beetles greatly damage gourd blossums. Cuke beetles spread all manner of diseases, cause damage to flower and foliage on cucurbits of all sorts, seem to enjoy ravaging my corn plants, and are just darn unpleasant all around!


I see you little guy, hiding in that tassle.
(right about where the car windshield is in the background - see it?) 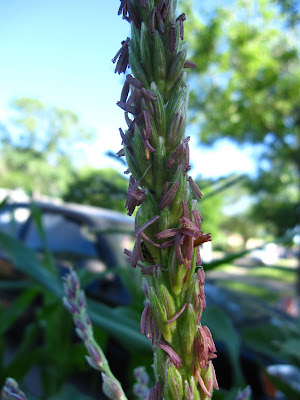 Ha! No mercy for you! 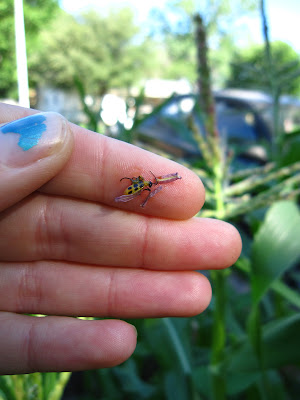 I love the balance of my little ecosystem - but sometimes i have to take matter into my own  hands, literally. We use no pesticides besides the occasional organic remedy: DE (Diatomaceous Earth), Neem, and very rarely Spinocid. I'm glad there are plenty of bugs to keep my anoles and ladybeetles satisfied and happy to stay in my garden. But sometimes there are just too many munchers eyeing the plants i'm growing for my OWN harvest.

Do you have pests? What techniques to you employ to manage the ecosystem in your garden?

Thank you so much for your feedback, especially if you've cooked one of my recipes or tried one of my tips: let me know how it turned out!

This blog is no longer active.

Please head over to Pocket Pause for new posts about sustainability, gardening, cooking, eating, adventuring and playing with corgis and other cute animals.

Won't you join us in our new adventure?

All illustrations and photographs belong to the Author and may not be used without her permission. 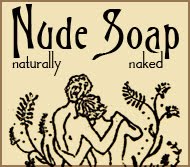 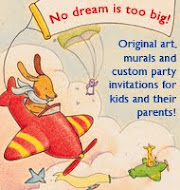 What I'm Reading and Watching 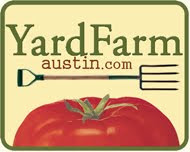